You are here: Home / Homestyle Recipes / How to Make Homemade Breadcrumbs 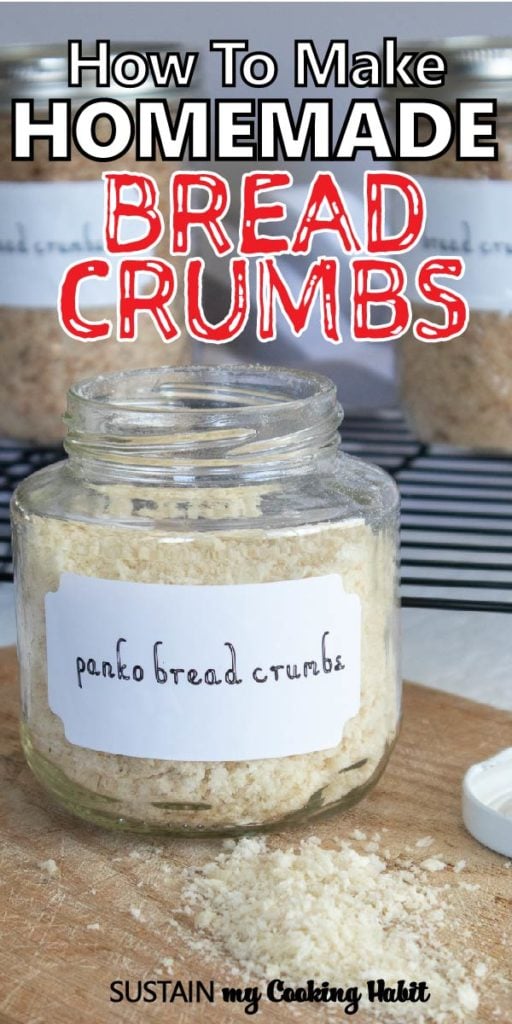 Get the most out of your bread loaves, sliced bread and buns by making homemade bread crumbs instead of tossing them away. Here we’re sharing three of our favorite ways how to make breadcrumbs.

You wouldn’t think bread crumbs would come in handy as much as they do. But only quick look through our posted recipes, we see bread crumbs are used in several homestyle food recipes such as this crispy chicken strips recipe and frozen perogies with bread crumbs.

Like most prepared things, buying store-bought bread crumbs is expensive. Making homemade bread crumbs is one option for reducing the cost of groceries while also using up the items you have already in the kitchen.

The difference between regular breadcrumbs and panko bread crumbs

If using your own homemade white bread, you can also rest assured you know exactly what ingredients have been used to make the breadcrumbs without any of those store-bought preservatives or additives.

How to Make Breadcrumbs

As your loaf of sliced bread, hot dog buns and burger buns start to dry out (but have not yet gone moldy) put them aside to make homemade bread crumbs. Place them in a toaster to toast and further harden the bread. You can leave it for a few days to dry out naturally before shredding into bread crumbs.

Next, there are a three different methods you can use to make breadcrumbs:

Place the toasted, dry bread on your surface sandwiched between two layers of a clean tea towel (you can also use parchment paper). With the rolling pin, apply light pressure over the bread and roll until a fine crumb texture is achieved.

Alternatively, you can use a cheese grater to grate the toasted, dried bread into a fine, grain-like appearance.

Lastly, using a kitchen grinder is the best and quickest method of making homemade breadbrumbs, resulting in a consistent crumb texture.

No matter which method you use, the effect is ultimately the same or very similar.

How to Make Panko Bread Crumbs

Cut off the crusts of your white bread and leave the bread to dry naturally. DO NOT put the white bread in the toaster because this will give it color and you want it to remain white.

Using the side of the cheese grater with large holes, carefully shred the white bread into large coarse pieces. Do not over shred.

Homemade bread crumbs will last for 3 months in an airtight jar, dry location. To stay organized we labelled our jars using our Cricut Joy and we’ll also add the date to the label to keep track of expiration. 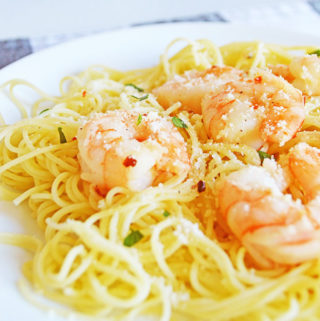 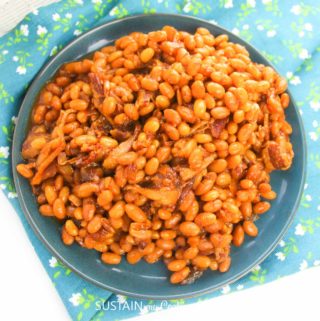 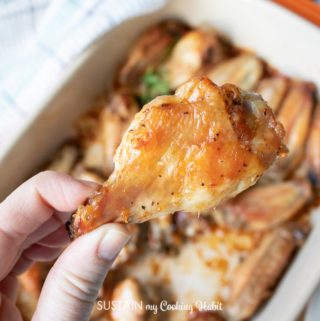 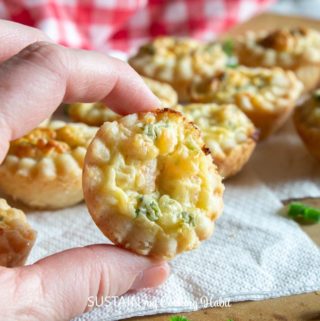 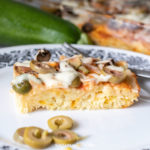 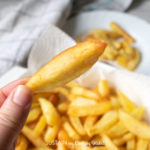 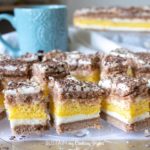 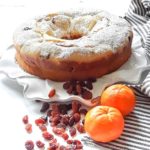