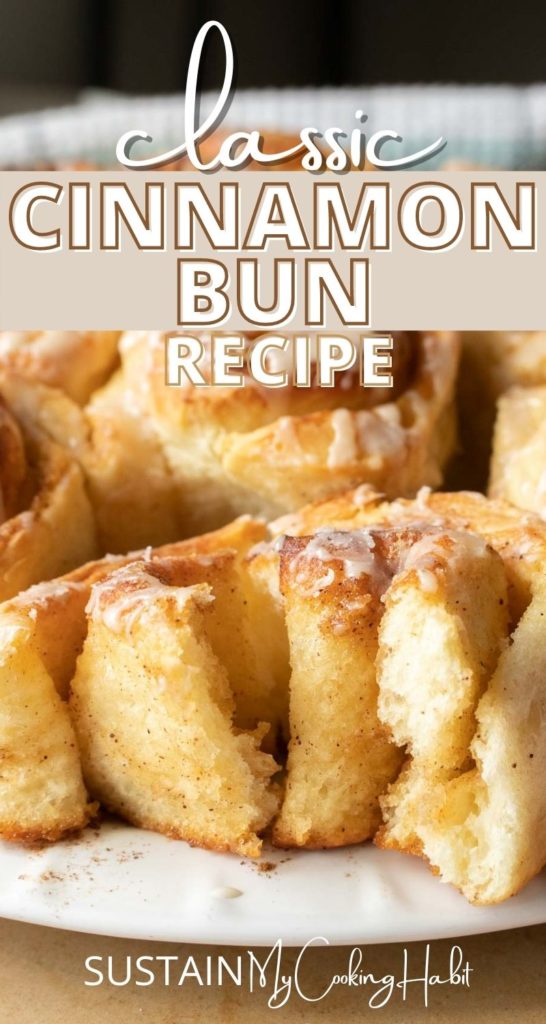 Few things in this world top a batch of homemade soft, sweet cinnamon buns just baked fresh from the oven and lightly drizzled with a creamy icing.

Preparing these tasty cinnamon buns is a treat for the whole family and especially the little ones that love the soft and sweet dessert. While mixing the ingredients, keep in mind that the dough has a similar consistency to a pizza dough, soft and a little tacky and not overly firm. Once the dough is prepared it can also be put in the freezer to bake at a later date. We’ll often make a double batch, one to bake right away and the other for baking another time.

Most often than not, we top these cinnamon buns with a simple powdered sugar and milk icing but they can also be topped with a creamy and smooth cream cheese frosting, same as the frosting recipe we prepare for our classic carrot cake. Just be sure to use ingredients that are at room temperature when preparing and spreading the frosting over the buns.

Other Classic Desserts to Try

For more classic homemade dessert recipes that can also be enjoyed for breakfast, try some of these delicious recipe options: