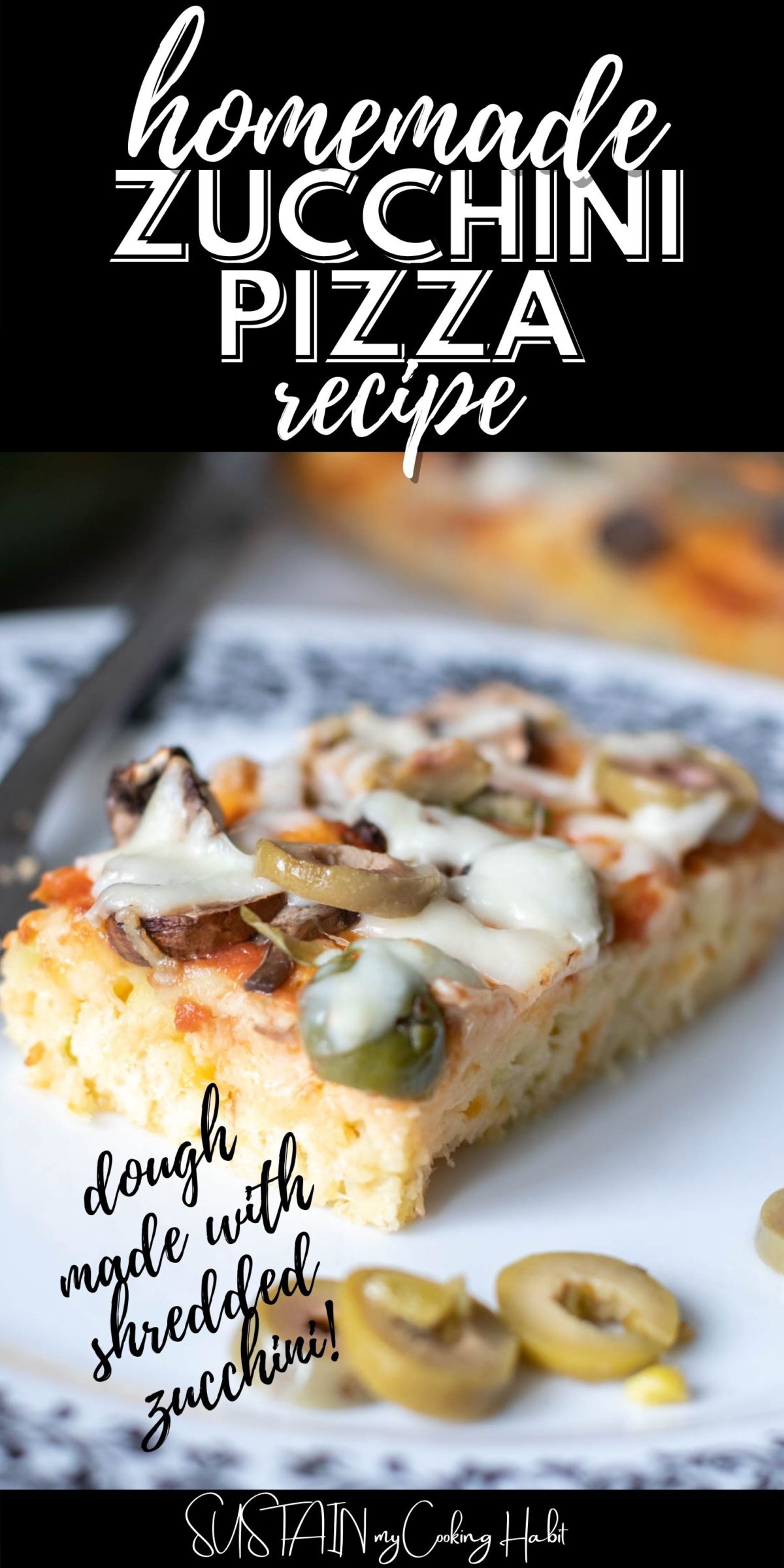 With shredded zucchini and three delicious cheeses mixed in to make the soft and tender dough, it’s no wonder this fresh, homemade zucchini pizza topped with green olives and mushrooms is so utterly tasty.

Although we’re calling it pizza, there are a few differences between a classic za and this homemade zucchini pizza that make it a fresh alternative.

Firstly, the dough itself is made by mixing in shredded zucchini and three different cheeses creating a super soft and almost flaky texture. As a result, the dough feels runnier, somewhere between a cake batter that is poured in to a baking pan and that of a typical bread dough, which needs to be stretched out on a baking sheet.

Additionally, since the dough is poured in to the pan it’s best to use a Pyrex Basics deep dish glass baking pan like the one we used from Amazon. We often use this same pan for many of our homemade desserts like this peach streusel cake, our best-ever carrot cake and our sour cherry cake (recipe coming soon!). It’s definitely a baking pan that gets a lot of use!

Once baked, cut the pizza into large square slices or instead cut it into smaller portions and serve it as an appetizer to a main dish. We’ve kept the pizza vegetarian by adding only green olives and mushrooms to the top but adding chopped fried bacon would also taste amazing! 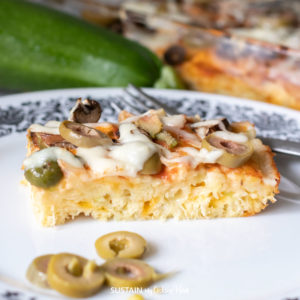 Love to Cook with Zucchini?

Few vegetables are as versatile as zucchini when it comes to cooking and baking. Just check out some of these delicious homemade zucchini recipes from main dishes to yummy desserts!