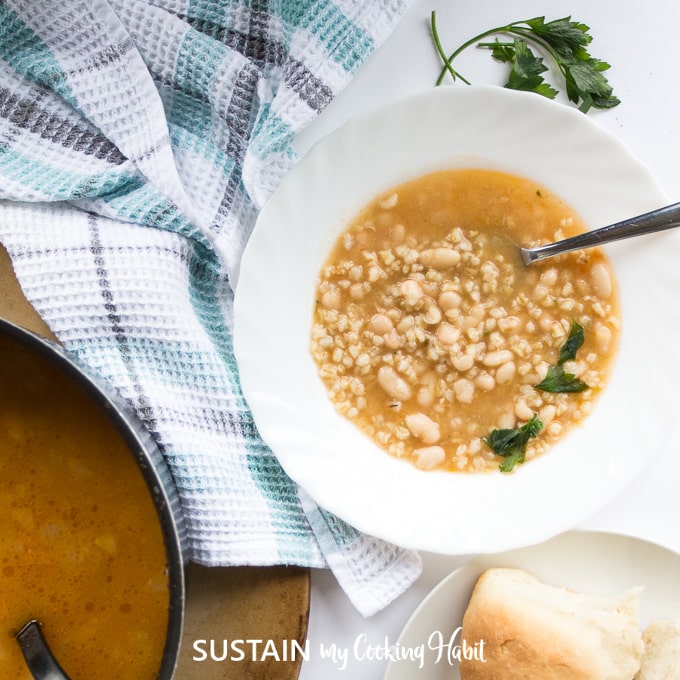 Loaded with barley and beans this simple homestyle soup recipe is filled with protein, fiber and flavor. Make a large batch to last for several meals throughout the week.

It’s funny how something we take for granted now used to be considered a luxury not too long ago.

We now think of barley and beans as a budget-friendly meal idea. However, I enjoyed my mom telling me about how this traditional barley and bean soup used to be considered a “rich person’s food”. Only families who had more money would be able to add some dried meats or bacon to the soup to enjoy on Sundays or special occasions.

Also, when she was growing up, they grew their own barley and beans. Apparently it took quite a bit of effort to clean the barley – a job the kids were responsible for each morning as their mom was busy doing other chores around the home.

We now love to make this large-batch recipe at least once a week. It’s full of protein and fiber and makes the perfect warm and filling meal, especially with a slice of homemade white bread.

And for a delicious vegetarian version, we simply exclude the sausage! 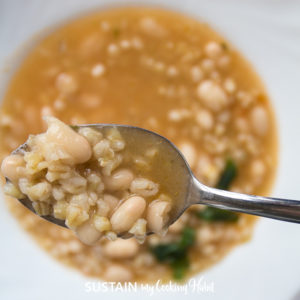 This large batch beans and barley soup recipe will stay great in the fridge for several days. If it thickens too much, add a bit of water while warming it up to thin out. 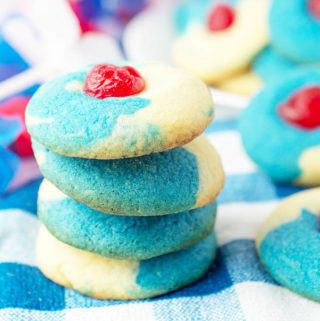 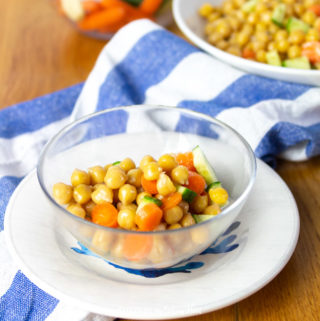 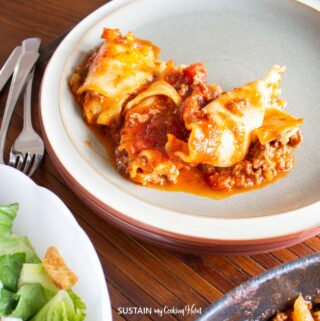 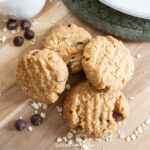 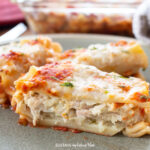 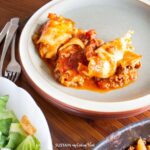 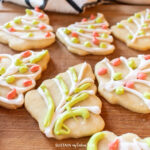