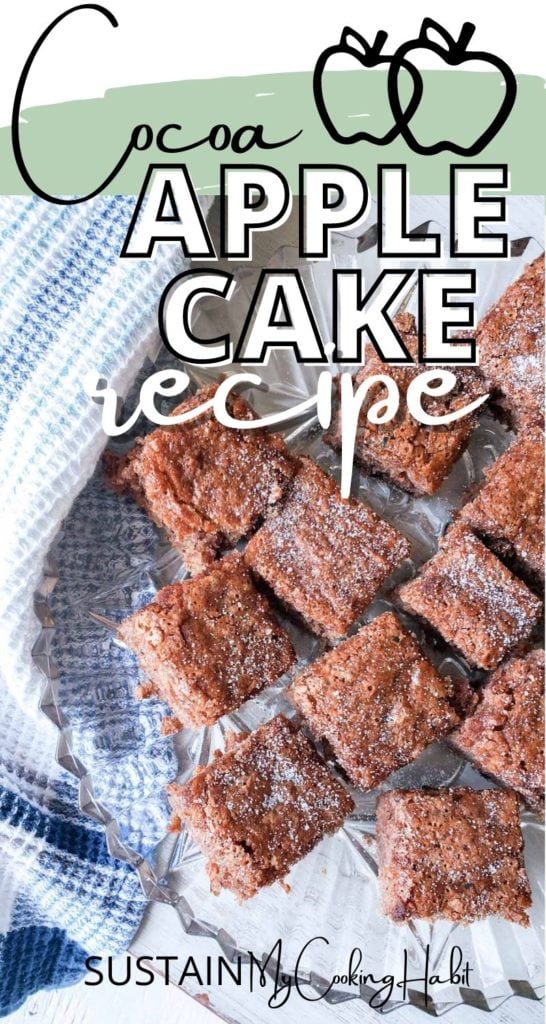 An easy to make dessert from scratch, this deliciously moist cocoa apple cake recipe loaded with raisins and chopped walnuts for added flavor and texture is a perfect side to a cup of tea or coffee.

Using apples for baking has become a staple ingredient in our kitchen. Many of the traditional Croatian dessert recipes we grew up with have apples in them, such as our mom’s scrumptious apple pita recipe and apple cinnamon buns.

Already sweet and utterly moist, this apple recipe topped with a dusting of powdered sugar is really all you need. However, the traditional homestyle recipe can also be topped with a syrup and jam spread which adds to the decadence of the dessert.

Adding a Syrup and Jam Topping

To add a syrup and sweet jam topping to the cake, first wait until the cake has cooled completely. Prepare the syrup by boiling 1 cup of water and then dissolving 5 tbsps of granulated sugar. Pour the syrup over the cooled cake with a spoon and top it off by spreading a thin layer of apricot jam on top. The syrup will soak through the cake adding to the moistness and density. 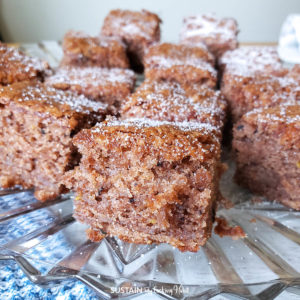